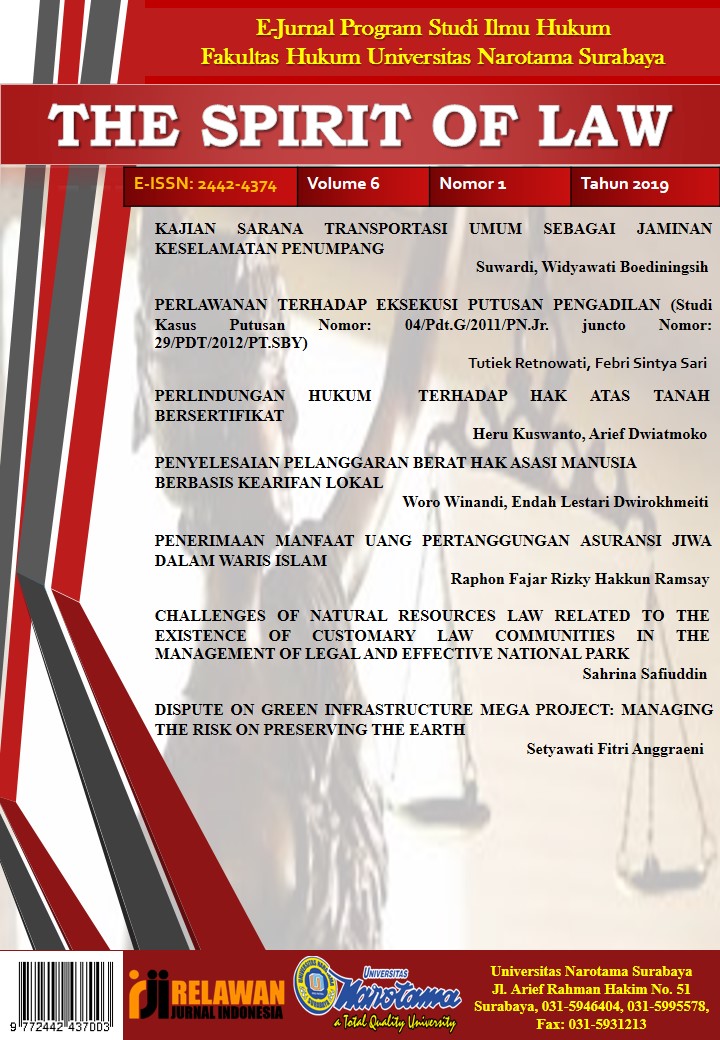 The world is overcrowded. the total number of living humans on Earth was 7.349 billion as of 1 July 2015. The United Nations further estimates in its publication “The World at Six Billion” that the number of population will hit the 9 billion in 2054. Eco-friendly infrastructure planning which provides more green spaces and support environmental resources has been developing to answer the need. Millions of dollars are invested to finance the so- called Green Infrastructure Mega Project. A high investment in the Mega Project of Green Infrastructure will surely increase potential legal dispute, such as: responsibility to obtain Green Infrastructure certification, failure to performs the benefits promised, and non- certification of operational & maintenance personnel. Therefore, ways to mitigate the risk is suggested namely: clearly defined risk allocation, no promises or warranties inside the contract that cannot be fulfilled, and ensuring certification of all personnel